Home / News / Where To See Moose In Sweden? – Guide 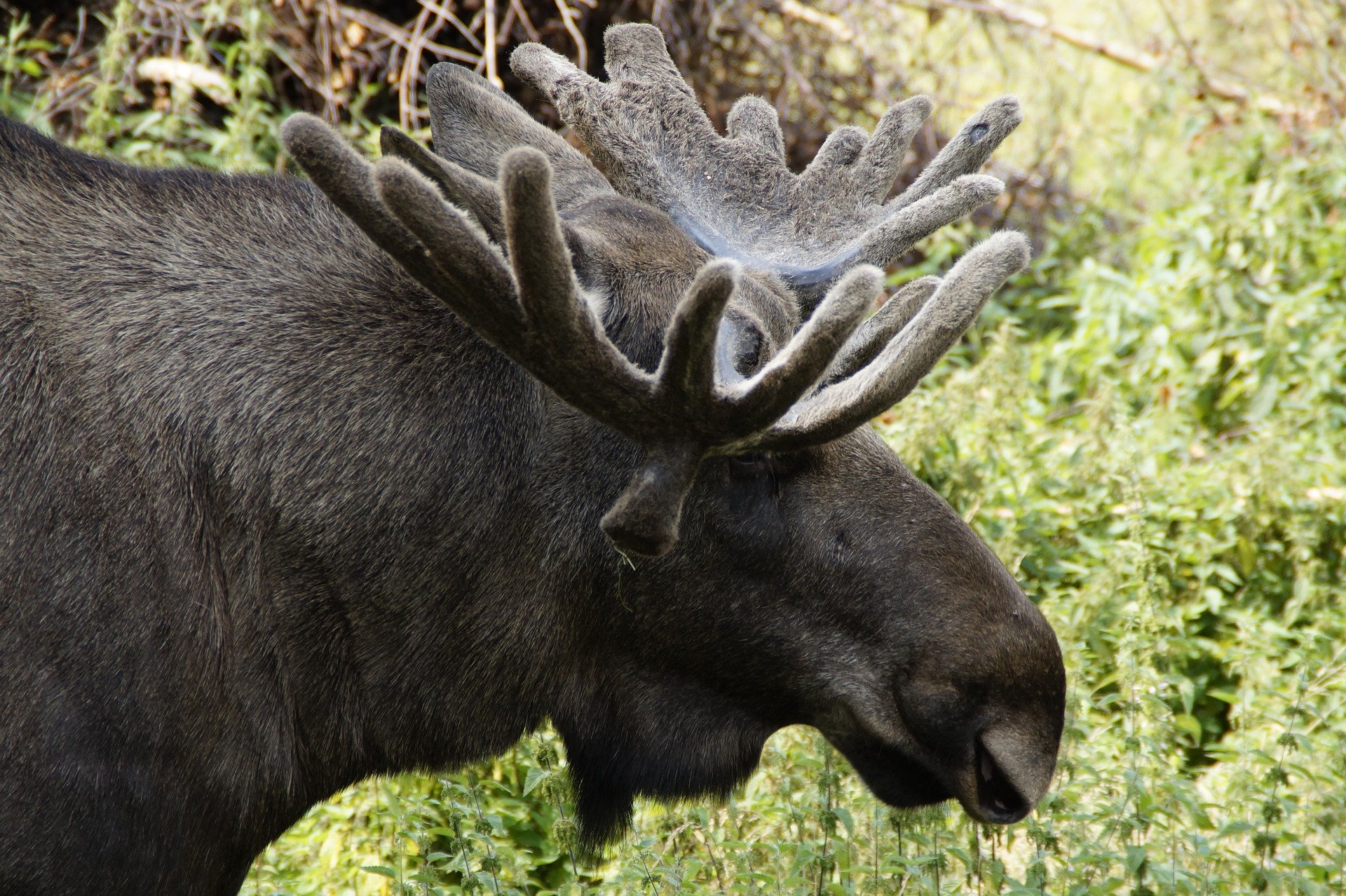 Where To See Moose In Sweden? – Guide

The moose or elk is not just Sweden’s most famous animal, they are the king of the forest! Sweden has around 400,000 moose and about 100,000 are hunted each year. Don’t worry! About the same number of moose are also born each year, so the population is stable. With so many moose around, you might wonder where to see moose in Sweden? We’ve got you covered!

Believe it or not, seeing a wild moose can be difficult. There are many places that offer moose safari, which significantly increases your chances of having an encounter with the king of the forest. However, to spot one in the wild you need to start hiking into the forests! Below are regions that wild moose are more likely to appear. 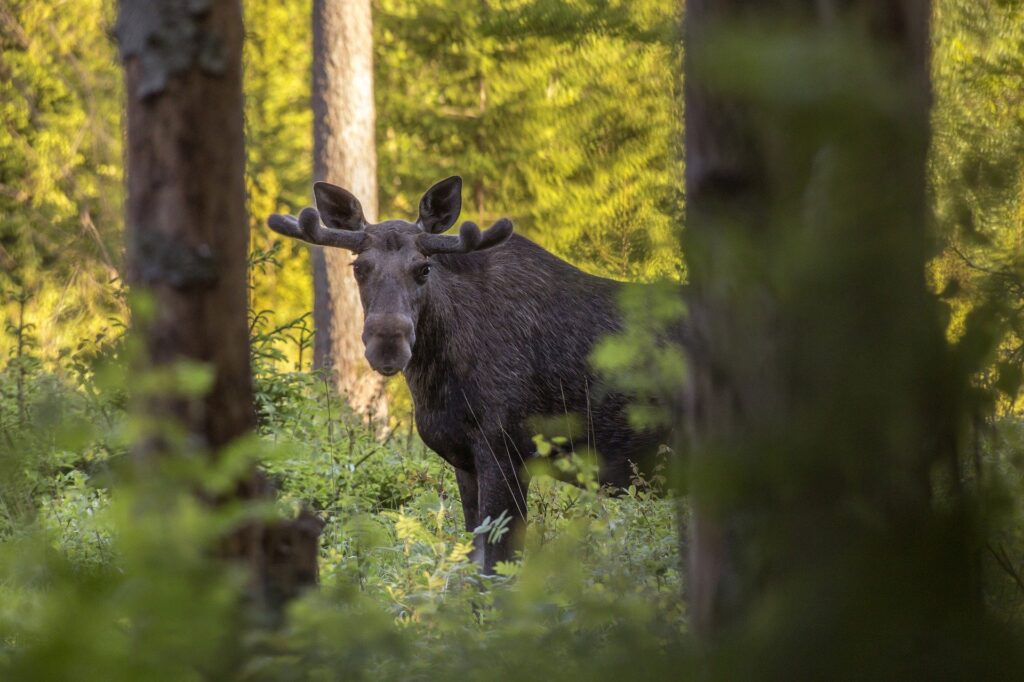 Undoubtedly many Swedes will tell you that Bergslagen forest is your best chance of finding moose. The dense forests, plentiful shrubbery and marshlands is their perfect home. Therefore, Bergslagen has a higher moose population density than other places in Sweden.

To catch a sighting of one of these majestic animals you can either join a guided tour, or make your way into the deep forest on your own. If you are short on time, we suggest to join a guided wilderness tour. The chances of moose sighting would be very high.

Otherwise, we highly recommend you to stay on a nearby farm and hike into the forests early in morning when they are most active. If you stay on a farm, you might spot one just outside your window!

Bergslagen forest is massive and is the home to several wild animals other than moose, such as wolves and beavers. There is a lot to explore, so take your time and stay there for a couple days to be one with nature.

A large proportion of moose live in the forests of Småland. Since Småland is a large province covering most of south Sweden, we would recommend narrowing the search to forests between Jönköping, Nybro and Gotehnburg. There are several moose parks in Småland, you can always visit them to have a close encounter.

However, most people prefer to see moose in their natural habitat. To do that, you need to find a dense forest and go off trails. They are most active during dawn and dusk when they are looking for food or water.

Your best beat would be near a body of water deep into the forest with no direct sunlight. You can also visit farms, as most farms are secluded and surrounded by nature, which increases the likelihood of seeing them passing by.

If you want to spend more time observing rather than finding them, then you can head straight to moose parks. Dalsland is just north of Gothenburg. There are several parks to choose from. The parks in Dalsland are probably the most popular ones in Sweden where you can see different kinds of moose.

The parks have tame moose, but the parks mimic their natural habitat and behavior to provide them the best environment. Unlike wild ones, you can get closer and take pictures. You can learn more about the majestic animals from the staff.

Moose can be found everywhere in nature. Take Vedyxaskogen nature park for example. It is located just east of Uppsala city center and is a small coniferous forest surrounded by a small-scale cultivation landscape. However, there is wildlife area 400 meters into the forest.

You will find a pond in the middle of the area. It is where wildlife goes to drink. If you are lucky and patient, you might have cross paths with a deer or moose. There are also other nature parks where there are moose sightings. However, the likelihood is far less than other regions.

Unlike parks, safaris mean joining a tour where an expert takes you to search for moose. It is more of a half/full day trip. Normally, you look for them deep in the forest traveling in an off road vehicle.

Most of the time there will be a “fika” (coffee) break during the tour, and you will have time to enjoy nature’s tranquility. Depending on the weather and the type of tour, you could also walk around to track the moose’s footsteps or be stationary for a while in moose’s favorite areas.