11 Places To Visit In Southern Sweden

Southern Sweden is well-known to the city folks as ‘the countryside’. Most people travel to the south for the vast open green fields, dense forests, plentiful lakes, local traditional events and unique foods. The largest southern region is called Småland. In fact, the typical Swedish red cabins you see everywhere is from there. We have listed the top 11 places to visit in southern Sweden that will blow your mind.

If you are looking for a break from Stockholm, but doesn’t want the remoteness of Lapland, then the south is the perfect place for you, from urban cities to undisturbed nature. Nevertheless, we recommend that you drive in the south, as places are not that close to each other and the public transportation is not that great. Plan at least a couple of days to give yourself plenty of time exploring.

For those wanting more than just nature, travel to the Kingdom of Glass (Glasriket) in southern Sweden. It is an area known for its glass blowing factories and crystal art. Some of the world’s finest crystal and decorative glass comes from this region, mostly from Kosta Boda, Målerås or Orrefors area. This traditional art form is an important part of Swedish culture.

Many factories, such as Målerås, Kosta Boda and Orrefors, offer short glass blowing experiences and traditional ‘Hyttsill’ parties. Take the time to visit Småland, it is the holiday destination many Swedes escape to. Known for its beautiful countryside and glassworks, there are also many activities, such as canoeing, fishing, cycling, hiking, outdoor cooking, horse riding, climbing, golf and much more.

Surrounded by the countryside beauty of Skåne, Malmö is one of the most visited cities in Scandinavia, it is seen as an even more diverse city than Stockholm because of its closeness to Denmark. Many Swedes and Danes cross the famous Öresund bridge connecting the two countries daily for work and holiday. Half of the 7 km bridge is under water, so if you are driving to Denmark or Sweden, we recommend crossing it to see how majestic it is.

It is also one of the friendliest places for cyclists in southern Sweden, because of its flat surface and well-developed cycling paths. Bike around to explore the city and get some great exercise. As well as, make sure to stop at the brilliant modern architecture, the “Twisting Torso” skyscraper. Considered to be an architecture masterpiece, it is absolutely breath-taking with the blue sky as background.

Åsnen National Park is a very unique place with 75 percent of park being water. The small islands and archipelagos have different natural habitats and it is amazing to see the difference between them. Hiking through mature trees, mosses, fungi, and marshland deep in the coniferous forests will give you a sense of wonder like nothing else.

Th park is home to rare birds, plants and insects. Some of the species only exist in the park. It is truly one of the most unique sights of the world. Many can easily spend hours enjoying the breathtaking view and hoping from one island to another.

In the western part of the park you find ‘Trollberget’. Commonly referred as a miniature Åsnen, because you will find everything the park has to offer in the small area. 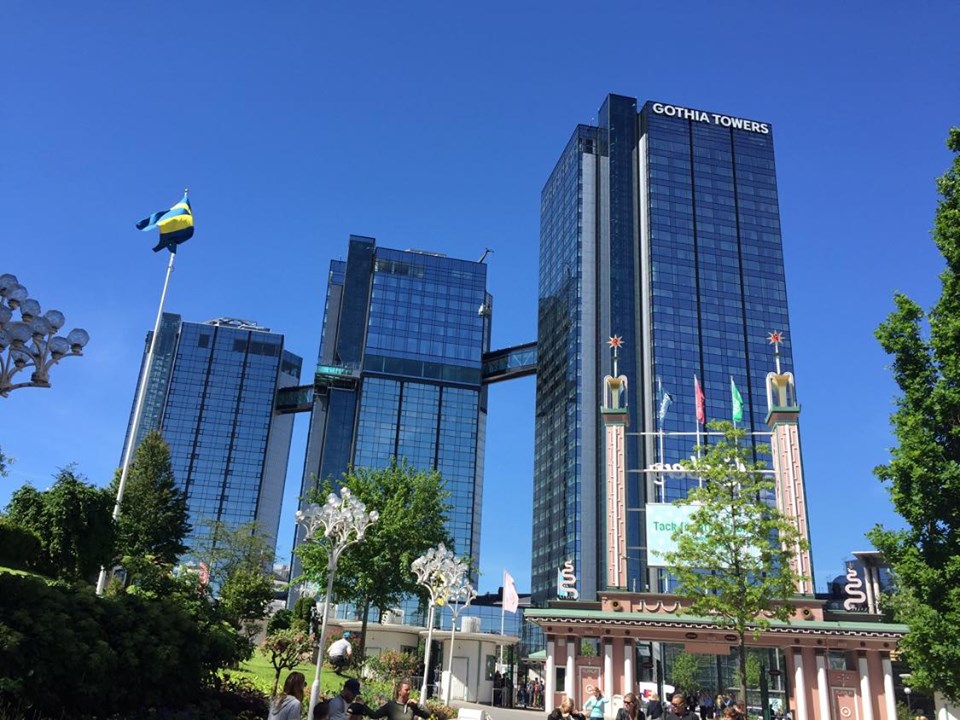 The home of Volvo and Scandinavia’s largest amusement park, Liseberg, Gothenburg is known as a modernized urban city. Gothenburg is considered one of the most relaxing food focused cities in Scandinavia. Visit the many trendy cafés and restaurants to taste a large variety of both Swedish comfort food and high-end dishes.

The Volvo museum is definitely worth a visit. Volvo was the pioneer of many safety features of modern vehicles and is the people’s car of Sweden. As well as, pay a visit to Liseberg and ride the wood roller coaster to experience some serious G-force. Despite being one of the largest cities in Scandinavia, its population is only one third of Stockholm. You will be in a big city without feeling too crowded.

Deep forests, high mountains, white beaches and the man-made Dalsland Canal makes Dalsland a magnificent place with beautiful views. There are many outdoor activities for you to enjoy, such as, fishing, paddling, hiking, swimming and petting moose.

Often one of the most overlooked attractions in southern Sweden. The canal is hidden between the forests, so you need to go on a boat tour to appreciate the 250 km long canal. Dalsland Canal passes lake Vänern and lake Stora Lee with fascinating view along the way. The canal was formed naturally by the last ice age, which created long deep rifts and was later excavated in 1860’s to transport goods.

Bohuslän is famous for being a kayaking paradise in Europe, as well as for the many rock-climbing spots in the area. The long west coast of Sweden extends all the way to the Norwegian border. There are more than 8,000 unique islands along the coast.

What makes this place so special is the distinctive orange-pink glow from the granite embedded in the rocks reflecting the sun light. It looks surreal and gives off a sci-fi feeling. The best spot to see this phenomenon is on one of the most popular islands, Tjörn. The island also offers great seafood dishes and other sea activities. 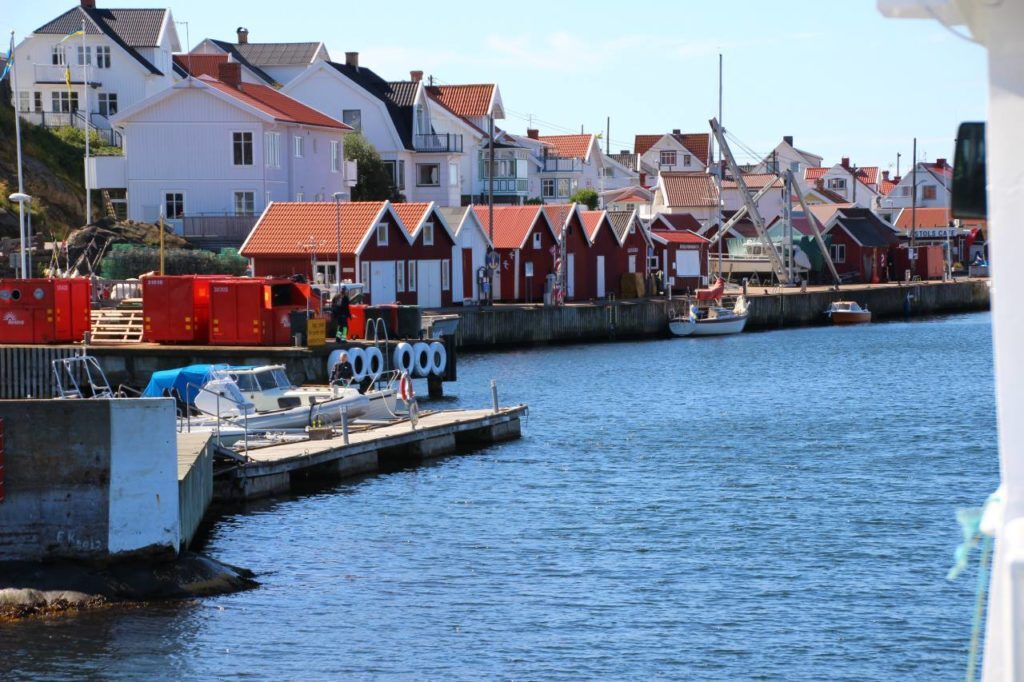 The UNESCO declared Biosphere Reserve Area is the perfect place to see lake Vättern. You can’t find lake scenery as stunning anywhere else. Explore the untouched nature and wonders formed by the ice age. There are several nature reserves in the area, and most of them has activities you can do. For example, you can hike, canoeing, boat tours, paddle boarding, outdoor cooking and such.

As well as, check out Gränna, the birthplace of Polkagris candy, and take the ferry across to the island, Visingsö. You will find the Vista Kulle hill there, it has a fantastic view over Gränna or climb up the 144 steps of the Tegner Tower for an even better view and it is good exercise.

Jönköping is a city in the middle of nature, and a major city next to lake Vättern. Jönköping is known for many things, including hosting the popular gaming event, Dreamhack. It is also home to one of the only three match museums in the world, the Matchstick Museum. Learn how Jönköping became the birth place of the safety match, and how it changed the economy of southern Sweden.

The museum is next to the shore in a large wooden building dating back to 1848. It tells the success story of becoming a global match production company. You will get to know the production processes of the time, including the use of child labour. In a model worker’s apartment, you can also see the employees’ living situation at that time.

The Ale Stones is the Swedish Stonehenge, whereas some claim it is in a formation of a large ship, and others say it is connected to the moon. 59 large stones, each weighing around 1.8 tons, arranged to form a 67-meter-long oval shape. It is speculated to be from the Iron age.

It is Sweden’s largest and well-preserved stone mystery located above the village of Kåserberga on the southern coast of Österlen. The Ale Stones is one of Skåne’s most popular tourist attraction with its beautiful scenery and the lure of the unknown.

Kalmar is the perfect place for anyone interested in renaissance history. The city was one of Sweden’s first line of defense against Denmark’s advance to take control of the lands in 16th century. Therefore, Kalmar has many historical sites, and well-preserved buildings from the renaissance times. For example, the Kalmar castle is the best maintained renaissance castle in all of Europe.

However, Kalmar is also a coastal city, where you will find many parks and other places you can relax. You can cross the bridge to the long narrow island, Öland, and you be surrounded by sandy beaches, open fields, and thick green forests.

Once you enter the Tresticklan National Park in Dalsland, you will be surrounded by three kilometers of uninterrupted and roadless forest in every direction. Choose any direction and you will reach a picturesque lake district.

For example, lake Stora Tresticklan is enclosed by wooded beaches, only leaving enough opening for the sunlight to shine through. Small ponds, formed through hundreds of years of rain, compliment the lake so well that you would not want to leave the view for hours.

There are many hiking options in the park, such as trails that will take you to steep ridges or trails with no incline throughout. All of the trails are well marked and are anywhere between 4 to 8 kilometers long.